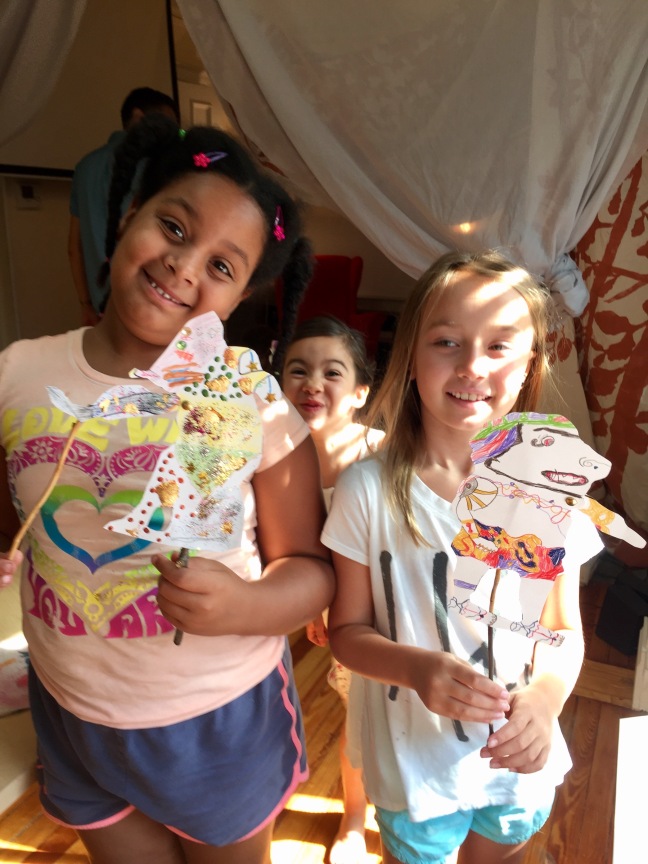 We learned about the battle between good and evil told through the popular Balinese story of the characters, Barong, the king of the good spirits, and the witch queen, Rangda.  We examined some Balinese carved wooden masks of Barong and Rangda and discussed their fearsome appearance as depicted by Balinese artists.  We saw similarly fearsome faces and intricate patterns in examples of Balinese shadow puppets, and had a chance to decorate our own while listening to traditional gamelan music.

Show me posts about:

Spark Arts is a Brooklyn-based enrichment program for children aged 5 and older. Our goal at Spark Arts is to instill in our children a sense of wonder and respect for the cultures and natural abundance on planet Earth. We believe that each child, when inspired, has the creative force for positive impact in the world. We seek to kindle this inner spark through a holistic blend of artistic expression, study of world culture and natural sciences, music, movement, mindfulness practice, outdoor adventure and play.